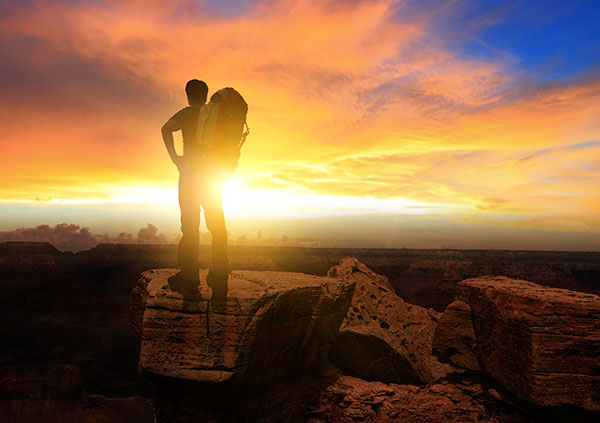 Founded in 1938, Columbia Sportswear is among the world’s premier manufacturers and retailers of outdoor clothing, footwear and accessories.

Long regarded as a leader with an uncompromising drive for creating outdoor wear that stands up to the harshest of climatic conditions, Columbia Sportswear shares one trait with dozens of other highly successful, prominent corporations: a near-singular focus on product quality and customer satisfaction levels. What sets Columbia Sportswear apart from its competition is its willingness to recognise that improvements are possible, and that when done correctly, constitute a very real bottom-line competitive advantage

Technology improvements are no exception. Over the years, the output environment at Columbia Sportswear had multiplied, aged and become a nightmare to manage.

“As we watched the technology of printers and copiers merge, we realised that copiers should be on the network, something that none of our copier devices were capable of,” says a senior manager at Columbia Sportswear. “We also didn’t have much of a ‘green’ story to tell regarding our output fleet. This was definitely something we wanted to bring in line with the rest of the company and our overall goals as a corporation.”

A survey of the output environment at its Oregon headquarters revealed many such improvements and cost-saving opportunities. Ageing monochrome laser and multifunction products (MFPs) lacked current-generation workflow features.

An expenditure analysis noted that as equipment aged, including non-networked, single-function copiers under long-term lease, maintenance and support costs were rising at unsustainable rates. Logistically, operational and budget responsibility for networked printers and non-networked copiers was divided between Columbia Sportswear’s IT and facilities departments.

The company also recognised that its output environment needed to support its environmental stance. Forgotten print jobs that piled up had to be recycled. Older devices consumed more electricity and generated more heat than newer products.

Usage, performance and maintenance metrics were difficult to obtain for its older printers and impossible to collect for non-networked devices. IT, on the hook to contribute to Columbia Sportswear’s enterprise-wide sustainability initiatives, concluded that an output overhaul would have an immediate and profound impact.

Searching for the right technology partner

Columbia Sportswear issued a request for proposal to two dozen entities, spanning a range of vendors and solutions providers. The company invited them to visit its Oregon headquarters and walk the floor to observe the company’s operations and interview employees. Participants were encouraged to recommend a best-in-class strategy and look far down the road in terms of potential future applications.

“Lexmark came in here, guided us and made it very clear that they were in this for the long term. Lexmark showed that this was a partnership, not just a transaction.”

“We had no barriers, no restrictions and no expectations,” says a Columbia Sportswear senior manager. “We wanted output technology experts who could tell us how we could manage output better, provide more functionality to our employees and support the company’s green initiatives.”

Several vendors and providers chose to withdraw from the RFP, finding the open nature of the request uncomfortable. Others recommended a hardware-centric device consolidation strategy that offered only one-time savings gained through device headcount reduction.

In the final analysis, the first supplier to respond to the RFP, Lexmark, ultimately presented the best and most compelling solution for Columbia Sportswear and became its partner of choice.

Diving into the infrastructure

Lexmark collected usage data on Columbia’s existing output infrastructure, “Something we never had before,” says a Columbia Sportswear senior manager.

“These hard numbers helped greatly in developing and deploying our updated output environment.” The senior manager’s team understood that a total replacement of Columbia’s output environment would impact every headquarters employee. “Users are tied to their printers; they like having them nearby. We were going to change that, so it was vital to have the support from our CIO and COO,” he said. With support and buy-in from executives, responsibility for all output technology, including copiers was assigned to IT.

With an output strategy firmly in place and a partner selected, Columbia Sportswear moved to the deployment phase and began mapping out device placement.

An analysis of its environment revealed that Columbia Sportswear was operating 176 devices. Based on usage statistics and a building by building, floor by floor analysis of requirements, the total number of devices was reduced to 62. The old devices were replaced with Lexmark MFPs that can print, copy, fax and scan from a single unit. All of the devices were equipped with Lexmark’s Print Management solution and a feature called Print Release that allows employees to print to any device on the network. Print jobs are released and printed once the employee authenticates at the actual device.

“This solution (Lexmark Print Management with Secure Print Release) really reduced the amount of printing, excess printing, that the company was doing. We are no longer wasting paper and toner on jobs that were never retrieved.”

“I think probably the biggest win for us in this process, other than having a standardised platform, was secure print release,” says a Columbia Sportswear senior manager. “This feature really reduced the amount of printing, excess printing, that the company was doing. We are no longer wasting paper and toner on jobs that were never retrieved.”

“We were also able to save IT staff time on reassigning print resources when we physically move an employee,” says a Columbia Sportswear senior manager. “It’s one print queue that can be accessed from any Lexmark device at any Columbia Sportswear location. “With Lexmark Proactive Consumables Management, Columbia Sportswear also has just-in-time delivery of toner cartridges.

Automated low-toner alert messages are sent from the devices automatically, initiating an order for a replacement cartridge that is delivered for that specific device. The cartridges are received and replaced by trained staff on each floor so that the IT staff does not have to perform those tasks. Manual ordering and stockpiling of cartridges has been eliminated.

The financial, operational and environmental benefits achieved by Columbia Sportswear have been immediate and dramatic. Through consolidation of separate printer, fax, copier and scanner products into Lexmark MFPs, Columbia Sportswear was able to cut the device headcount of its output fleet by 60 per cent with a corresponding cut in models from 65 to just eight. Overall output costs, including maintenance and supplies dropped by 37 per cent. Consumables costs dropped significantly: Annual print volume was slashed by nearly a million pages and toner use declined by 6 per cent.

“Throughout the entire process, the Lexmark team had our attention. They listened to our needs, talked to our users and went as far as developing floor plans showing existing devices and where it proposed to install Lexmark MFPs.”

“Throughout the entire process, the Lexmark team had our attention,” says a Columbia Sportswear senior manager. “They listened to our needs, talked to our users, and went as far as developing floor plans showing existing devices and where it proposed to install Lexmark MFPs. It is clear that the Lexmark team was excited to work with us, and we always felt that Lexmark was upfront and honest with the answers to any question or concern we had.”

The senior manager and his team are moving on to the next steps in Columbia Sportswear’s output makeover. With initial deployment complete, active projects include implementation of Lexmark’s suite of remote fleet management and performance-metrics tools.

Armed with the hard numbers of its headquarters’ success, the senior manager is ready to broaden his horizons beyond Columbia Sportswear’s headquarters.

Partnering with Lexmark, the company has set its sights on modernising its warehousing and distribution centre systems, including moving to a single output platform for pick tickets and packing slips. Replacing the backroom printers in Columbia Sportswear’s retail stores and a modernisation of the company’s document workflow is also planned. After that, Columbia Sportswear will take its efforts global in an effort to standardise its output platform at 43 locations worldwide.

Perhaps the major lesson Columbia Sportswear learned from the experience was to give its partner the freedom to recommend best-in-class solutions. “Lexmark came in here, guided us and made it very clear that they were in this for the long term. Lexmark showed that this was a partnership, not just a transaction,” says a Columbia Sportswear senior manager.

Among Columbia Sportswear’s maxims is “we believe every path leads to something worthwhile.” Though it refers to hiking or ski trails and is a metaphor for living a healthy lifestyle, Columbia Sportswear found that its path of output fleet modernisation led to several worthwhile things: profound savings, reduced paper consumption, operational efficiencies and heightened environmental friendliness.

This site uses cookies for various purposes including enhancing your experience, analytics, and ads. By continuing to browse this site or by clicking "Accept and close", you agree to our use of cookies. For more information, read our Cookies page.